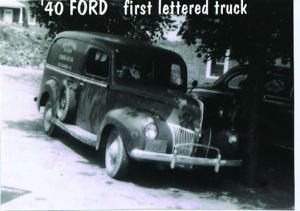 Haldeman Mechanical is proud to have served Manheim and the surrounding communities for three generations. During that time, our commitment to our customers and to quality work has never changed.

In 1939, Frank L. Haldeman began repairing hand operated well pumps, installing automatic jet pumps, and installing “modern” indoor plumbing and heating systems. In 1949, he established F.L. Haldeman & Sons Plumbing, Heating and Cooling with his three sons, Lloyd, Ed, and Jay, and son-in-law, John Heisey. The company incorporated in 1965 and continued until 1989, when the last of the Haldeman family left the corporation. The company was then purchased by an employee. 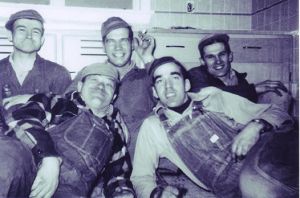 In the spring of 2008, Haldeman Mechanical continued to expand its operations through the acquisition of Steve Splain Heating and Air Conditioning of Columbia. Steve now serves as Service Manager with the company.

Acting as saleslady for Haldeman in the mid-1950s is Diane Haldeman with a new GE Boiler. Diane is the cousin of owner Mark Haldeman.

Through three generations, the company has maintained its commitment to residential and light commercial services. We take pride in our work and are committed to your complete satisfaction with every job. When you hire Haldeman Mechanical, you are hiring a name that has come to be respected in the service industry since 1939.